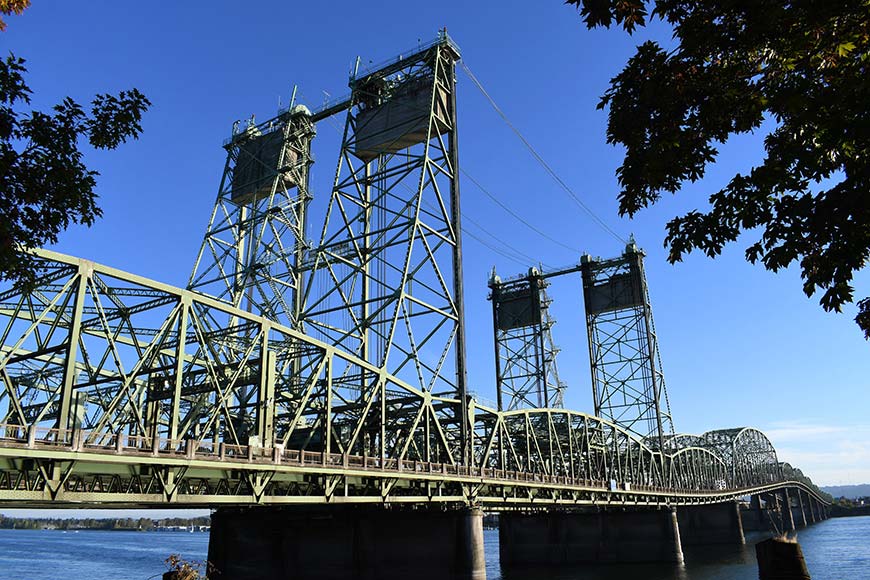 You’ve probably heard by now that the northbound span of the Interstate Bridge will close for more than a week this September during a needed repair project. The trunnion replacement project will close the span for nine days, September 12-20 19-27, and traffic impacts are expected to be severe. Think miles-long backups and up to 20 hours of congestion per day.

In other words, it could be ugly.

Regional partners including C-TRAN have been preparing for the closure for more than a year. Traffic impacts are inevitable, but we’ll be doing our part to make sure the project – and cross-river travel – go as smoothly as possible during the closure. Here’s how C-TRAN will help keep the region moving:

Bus on Shoulder: By late summer, C-TRAN buses will be authorized to use the shoulder of southbound Interstate 5 to bypass traffic in Clark County. The bus-only shoulder lane will extend about five miles from 99th Street down to the Interstate Bridge, using the inside (left) shoulder lane. The I-5 Bus on Shoulder lane will remain permanent even after the bridge project is complete. C-TRAN buses will also be authorized to use shoulder lanes on I-205 over the Glenn Jackson Bridge for approximately one year as a separate pilot project.

Extra service: C-TRAN will be putting additional buses on Express routes during the project to maintain schedules and make sure commuters have access to transit.

Partnerships: C-TRAN has been working with other agencies around the region to make sure this is a coordinated effort on a project that will affect thousands of travelers. That includes the Oregon Department of Transportation, which is the lead agency on the project, plus the Washington State Department of Transportation, the City of Vancouver and others. Better communication among these agencies means we’re better prepared before the project starts.

Regional leaders are asking commuters to do their part, too. Find an alternative to driving across the bridge if you can. Work from home if that’s an option. Carpool or Vanpool with others. Be patient. (And be nice.)

Got questions? Find more information about the Interstate Bridge closure at www.interstatebridge.org. You can also follow C-TRAN on Twitter and Facebook for the latest info leading up to and during the project.